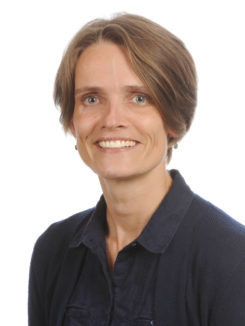 Professor of Pharmaceutical Sciences and Director, Division of Radiation Health

Marjan Boerma received her PhD in radiation biology from Leiden University, the Netherlands in 2004 and followed this with a postdoctoral fellowship at the University of Arkansas for Medical Sciences (UAMS). She is currently a professor and the director of the Division of Radiation Health at UAMS. Her research interest is in normal tissue injury from ionizing radiation, specifically in the cardiovascular system. Her laboratory uses animal models that address whole-body radiation exposure due to radiological accidents, cardiac side effects of radiation therapy, and cardiovascular effects of low- and high-linear energy transfer radiation to mimic exposures during deep-space travel. She has co-authored more than 100 peer-reviewed articles in this area, and her research funding has been provided by NIH, NASA and other federal and private funding sources.